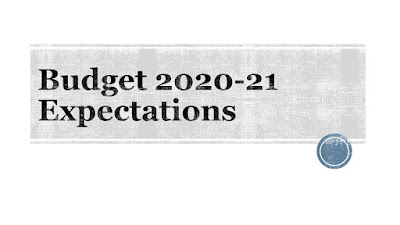 The government is considering several measures to ensure adequate availability of money to the people to promote consumption in the country. The Narendra Modi government is considering various options to cut Individual Income Tax in Budget 2020. Prime Minister Narendra Modi may take a decision in this regard in the next few days. The Finance Ministry is considering these options. It is also working on suggestions to simplify the direct tax system. Finance Minister Nirmala Sitharaman will present the budget for the financial year 2020-21 on February 1.

Changes in the Tax Slab also on the Agenda

According to sources, a change in the tax slab is also on the agenda. The government can fix the existing Tax Slab afresh. Under this, the exemption limit up to Rs 2.5 lakh can be increased. According to sources, the government is also considering various options to increase the tax saving limit. Tax saving is also being considered through infrastructure bonds. Under this, tax saving facility can be given on infra bonds up to 50 thousand rupees in a year.

The committee attached to the Direct Tax Code (DTC) suggested tax at the rate of 10 per cent on annual income up to Rs 10 lakh. This would benefit a large section of taxpayers. Apart from this, at the rate of 20 percent on income up to Rs. 10-20 lakhs, Rs. 2 crore on income ranging from Rs. 20 lakhs to two crore rupees and 35 percent on the income of more than two crore rupees has been said.
Advertisement

In September last year, the biggest cut in corporate tax rates in 28 years has cost the exchequer more than Rs 1 lakh crore. Apart from this, the government had also announced withdrawal of surplus on long and short term capital income of foreign portfolio investors and domestic institutional investors. This has put a pressure of Rs 1,400 crore on the exchequer.

Former Finance Secretary Subhash Chandra Garg has advocated large-scale expenditure reforms. He has said that this will ensure productive use of the funds raised as taxes. Garg said that a major part of the budgetary expenditure of Rs 27.86 lakh crore goes into interest payments and establishment expenses. He said that productivity of government expenditure is usually below private expenditure. In such a situation, it will be useful that the government only spends what it can provide.
Advertisement