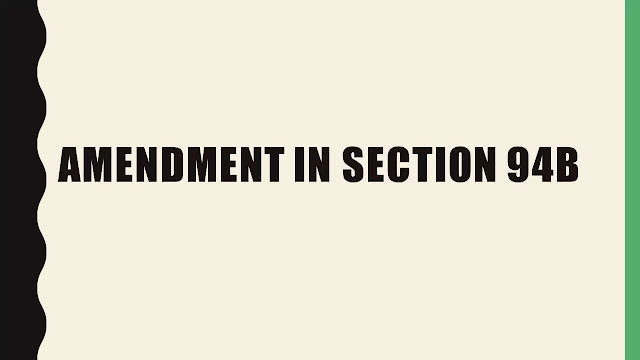 Amendment in Section 94B:-

Section 94B of the Act provides that deductible interest or similar expenses exceeding Rs.1 Crore of an Indian company, or a permanent establishment (PE) of a foreign company, paid to the associated enterprises (AE) shall be restricted to 30% of its earnings before interest, taxes, depreciation and amortisation (EBITDA) or interest paid or payable to AE, whichever is less. Further, a loan is deemed to be from an AE, if an AE provides implicit or explicit guarantee in respect of that loan. AE for the purposes of this section has the meaning assigned to it in section 92A of the Act. This section was inserted in the Act through the Finance Act, 2017 in order to implement the measures recommended in final report on Action Plan 4 of the Base Erosion and Profit Shifting (BEPS) project under the aegis of G-20-Org anisation of Economic  Co-operation and Development (OECD) countries to address the issue of base erosion and profit shifting by way of excess interest deductions.
Advertisement
It has decided to carve out interest paid or payable in respect of debt issued by a PE of a  non-resident in India, being a person engaged in the business of banking for the reason that as per the existing provisions a branch of the foreign company in India is a non-resident in India.Further, the definition of the AE in section 92A deems two enterprises to be AE, if during the previous year a loan advanced by one enterprise to the other enterprise is at 50% or more of the book value of the total assets of the other enterprise. Thus, the interest paid or payable in respect of loan from the branch of a foreign bank may attract provisions of interest limitation provided for under this section.

It is, therefore, proposed to amend section 94B of the Act so as to provide that provisions of interest limitation would not apply to interest paid in respect of a debt issued by a lender which is a PE of a non-resident, being a person engaged in the business of banking, in India.

In short,section 94B will not attract in case of interest paid by a person engaged in banking business in India to its Permanent Establishment outside India.

This amendment will take effect from 1st April, 2021 and will, accordingly, apply in relation to the assessment year  2021-22 and subsequent assessment years.
Advertisement