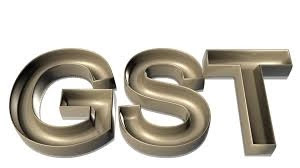 Addressing a session on ”Digitisation in Governance” at CAPAM 2020, he said the ultimate aim should be that to collect minimum taxes at minimum rates. “The government should collect taxes which are absolutely necessary and to that extent, we need to increase our tax base,” he said.

“We have all the information and if it can be shared in a secure manner, protecting the privacy of the individual, this will also help in securing loans from banks. The entire digital exercise is being undertaken across various government departments. We are making all that information available and providing it to each taxpayer,” Mr Pandey said.

He also said that all the information is getting integrated for the benefit of the citizens, including ease of doing business, ease of living and is enhancing capabilities. Stressing on the importance of digitisation, Pandey said that India is the only country to have Aadhaar, Aadhaar-enabled payment system, direct benefit transfer scheme and UPI payment scheme. “Use of digitisation in governance has improved our speed, effectiveness, efficiency and capabilities,” he added.

He noted that in the last three months, Aadhaar-enabled transaction have crossed Rs 50,000 crore and UPI transaction has taken over debit card transaction and cash withdrawals. Referring to the revenue trend, he said all figures are giving an encouraging signal that the economy is coming back on track sooner than what was being anticipated when the lockdown started.